Far Out and Far Away

Tales of an Outback Guide

Fit as a trout, furnished with a droll take on the sillier aspects of urban life and a clear-eyed view of just how lucky he is, Mike Keighley is the very model of the modern wildlife guide.

Except he’s old-school funny, wise and tough – the perfect companion on an expedition deep into crocodile country.

“Someone once said that the beaten path is traveled by the beaten traveller and so I try to get people off the beaten track and into places where they can enjoy space… just nature at it’s best,” Mike says.

Nature, Mike and a colourful collection of nature-loving travellers take the spotlight in his new book, True Tales of an Outback Guide.

“I did wonder why people were so irrationally afraid of wildlife, and how that could be changed,” Mike says.

“People feared things in nature that would rarely hurt them, but didn’t fear things like highway traffic and cigarettes that they had excellent reasons to fear.

“I thought that if they could go out bush and see things through my eyes, they’d have some perspective.  They wouldn’t be so afraid,” he says.

Mike’s mate and the book’s co-author Tom Huth is an American journalist silver-tongued enough to entice top travel magazines to consistently pay his passage to hang around with characters like Mike. Tom calls his friend a “go-anywhere, do-anything backcountry guide” whose passions are expressed by his company’s name: Far Out Adventures.

Tom is a wry observer of “odd-duck Australians”. Those, he writes, “who've been suckered away from the lush coastal plains to serve out their sentences on the driest, flattest, least populated hellscape on earth.” His rule of thumb: “The bleaker the stage, the bolder the characters.”

The whole human caravan seems to have arrived at Mike’s door at some time or another; a diverse retinue populate his campfire stories and now the written version of Mike’s adventures. From abstemious Japanese monks to rolling-drunk Russian filmcrews, plucky septuagenarians, celebrity make-up artists, demented deckhands and false prophets, all have sought his company.

They keep coming back because he doesn’t do ‘tours’, which for Mike conjures up visions of people sitting on a big bus with nametags on their lapels.

He prefers expeditions; journeys tailored for those who really want to see nature at its best.

“If you want to get away from the ‘maddening’ crowds, in an area where you can almost hear your heartbeat, and hear stories of a culture that we could do well to learn from - you would be welcome,” Mike says.

“It seems that as much as we might fight it man is a spiritual being as well as physical – and whilst our physical side screams for attention for food, drink, nice things etc – we tend to neglect satisfying our spiritual side – and getting out bush away from city lights, noise pollution, and even people – seems to help us clear our heads from a lot of physical stuff and helps refocus,” he says. “Different travellers learn different things in the bush, at each his own pace. I’ve had clients who’ve gone back to their home countries afterward and quit their jobs and changed their lives.” As for the peripatetic American journalist, early on Tom could “see that Mike Keighley was the genuine article”: his Aboriginal Dundee. “Travel wholesalers kept trying to get him to supply names and fixed itineraries for Mike’s tours,” Tom says. “But to him adventure means making it up as he went along.”  “There’s no name for it,” Mike says. “Just having a great time, I guess.”

Buy Mike and Tom's hilarious book and reading companion to the Top End.

"True Tales of an Outback Guide, or or Why Kangaroos Go Boing Boing Boing" is available to buy online here. 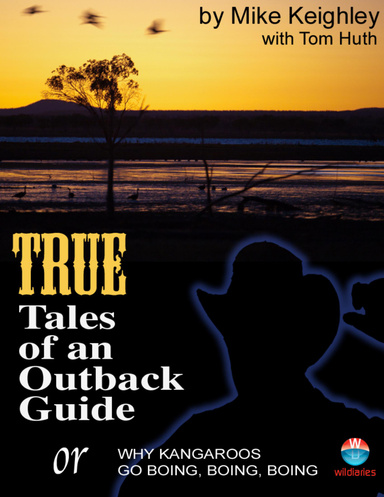 Listen to the interview with Mike and Wildiaries' Simon Mustoe

Mike and Simon talked about slowing down in the bush, what meeting Aboriginal people really means and what happened when Mike shunned Kim Kardashian.

Best of Kakadu & the Top End

Develop a new appreciation for Australia's most famous national parks by spending time with our guides and learning to see into the bush.

We will see delightful freshwater waterfalls and swimming holes, as well as some impressively sized termite mounds.

Luxury Stay on Half a Million Acre Cattle Station 3D/2N

An epic journey across the top of Australia experiencing the vast continents iconic landscapes, the Daintree, Kakadu and Blue Mountains.

Journey to the heart of Australia and experience its wondrous highlights with this activity-packed two-day tour.

How business, community and conservation are saving a national treasure

Read an extract of "Life After Truth" by Ceridwen Dovey

At their fifteen-year reunion, a group of Harvard graduates – labouring with early middle age, marriage and children, unrealised aspirations and a depressing political climate – rekindle old loves and old resentments.

How did Blue Whales contribute to the 2019 Australian Bushfires? 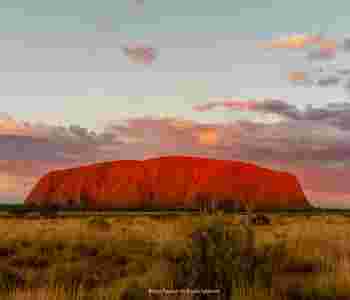