How business, community and conservation are saving a national treasure

New Zealand had the moa, an extinct flightless bird that stood 3.6m high. Madagascar’s elephant bird was similar. South America still has its rheas, Africa its ostriches but Australasia has its emus and cassowaries.

Being custodians of jungle megafauna is a privilege few countries have. Australia’s remaining cassowaries, with their thunderous calls and heavy feet, are a national treasure but threatened most of all by cars and domestic dogs. So much for the spear-like claw that’s supposed to be able to eviscerate predators.

In June 2020, the grandmother of Mission Beach cassowaries, Mrs C, was struck by a vehicle and killed. Mission Beach has the highest density of birds in Australia but with as few as 100 left, cassowaries cannot survive here much longer.

Vehicles and dogs are a symptom of increasing habitat fragmentation, where forests are cut in half by roads and new housing estates built. One way to improve this, is to reconnect forests, so birds can walk safely between patches. Hidden among the dense forest foliage is the cassowary’s natural safe place.

Gurrbum Reserve is a missing link in the cassowary corridor between Japoon National Park and Walter Hill Conservation Park. With the help of C4, Terrain, Brettacorp, Greenfleet and a grant from the Department of Environment and Science, Queensland Trust For Nature has is able to fund the site’s revegetation, connecting these two forests back together.

One of the unique features of this development is a vegetated land bridge across the highway, because this will give the Mission Beach birds, safe passage to recolonise even further to the west, into the Atherton Tablelands. Presently, the Bruce Highway prevents them from safely moving.

Projects like this, strategically located, not only have the potential to recreate vital habitat and capture carbon, they reconnect World Heritage habitat for birds like cassowaries. Without cassowaries, the forests won’t regenerate and the landscape won’t be as productive for future generations of Queenslanders.

This is one of many examples where business, conservationists and government can come together and make a big impression on livelihoods and Australia’s sustainability long into the future.

Read more about the project here

Please send me the BROCHURE for the "Ultimate Deluxe Reef to Rainforest Culture, Food & Wildlife" tour. Downloading, activates our $100 flight voucher for your next booking.

This tour includes all listed accommodation and experiences and most meals. See online for details and enquire about our COVID and payment policies.

If you'd like information on alternative self-drive, semi-guided or budget tours, check out our Wet Tropics page﻿.

Black Noddies chatter overhead, the island is ringed with lush coral reef and turtles nest here, one of the best turtle-watching places in the world.

This small group tour is a rich smorgasbord of art, culture, fine food, iconic wildlife and the best of the region's reef to rainforest experiences, led by expert guides and narrators all the way.

This small group tour is a rich smorgasbord of art, culture, fine food, iconic wildlife and the best of the region's reef to rainforest experiences, led by expert guides and narrators all the way.

From the seafloor to the lush mountain-tops, the variety, abundance and colour of wildlife in Australia's Wet Tropics will take your breath away.

An epic journey across the top of Australia experiencing the vast continents iconic landscapes, the Daintree, Kakadu and Blue Mountains.

Situated within a highly protected Green Zone Lady Elliot is a sanctuary for over 1,200 species of marine life and is known for its abundance of manta rays and turtles.

A camping Adventure is the best way to spend magical days on this paradise island called Kgari. You know it as Fraser Island.

How to Do Low Impact Travel

Have you considered what happens after you offset your flight? What positive impact can you have? 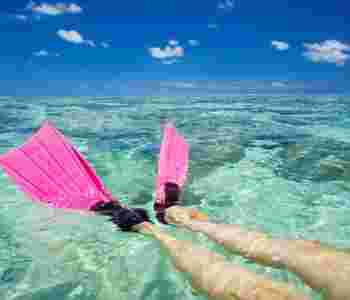 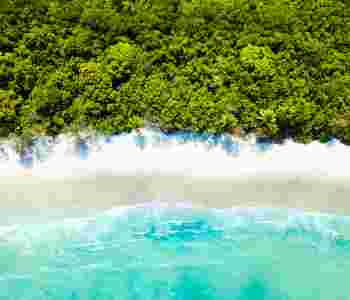 Please send me the BROCHURE for the "Ultimate Deluxe Reef to Rainforest Culture, Food & Wildlife" tour. Downloading, activates our $100 flight voucher for your next booking.